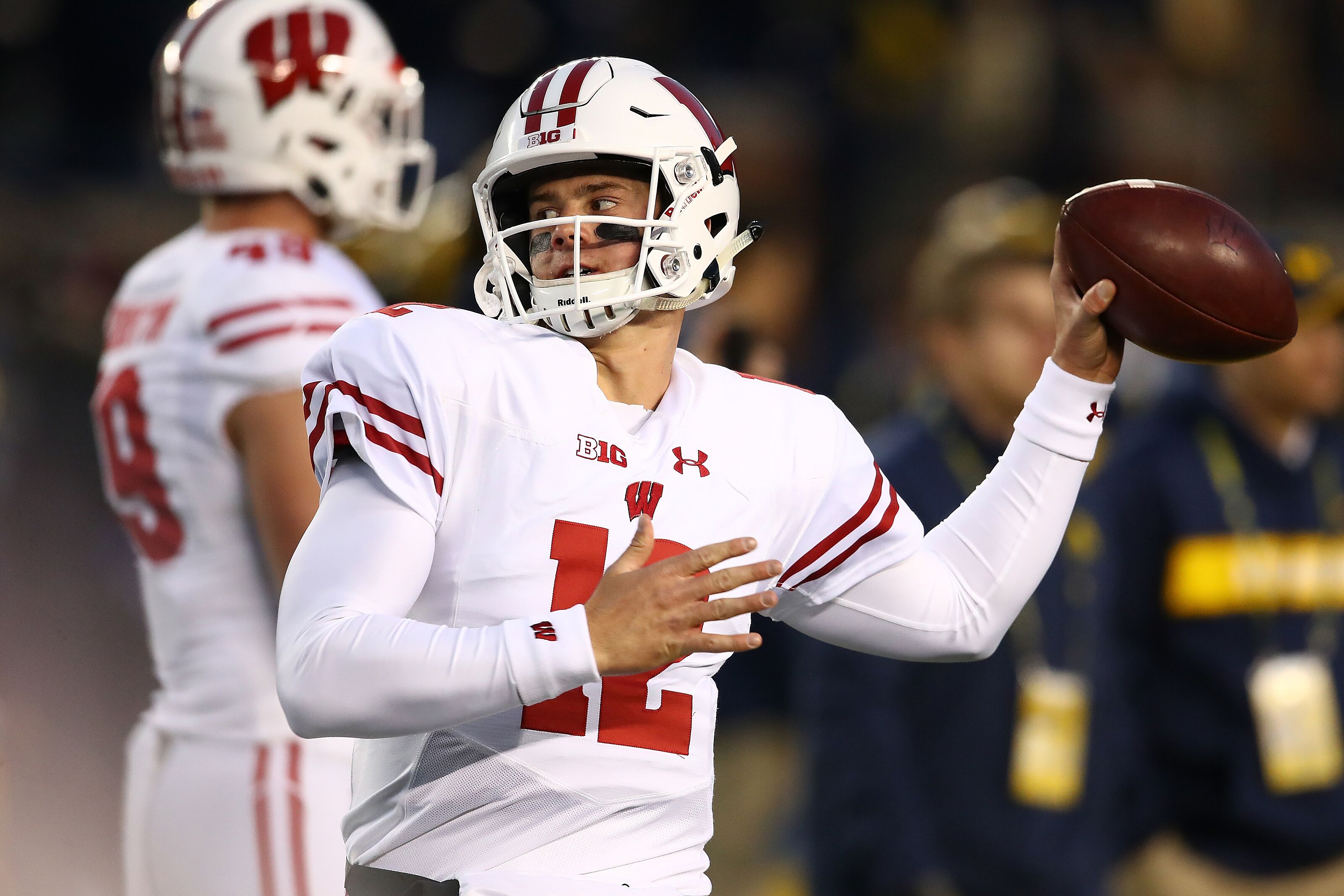 ANN ARBOR, MI – OCTOBER 13: Alex Hornibrook #12 of the Wisconsin Badgers throws a pass during warmups prior to playing the Michigan Wolverines on October 13, 2018 at Michigan Stadium in Ann Arbor, Michigan. (Photo by Gregory Shamus/Getty Images)

Wisconsin Football is experiencing its toughest season in recent memory, and certainly the worst under Paul Chryst.

I’m not going to pretend everything is alright after the Badgers just beat Rutgers at home. Wisconsin Football is not in a good place and Badger fans are unsure how to feel about the rest of the season. The only reason the future is something to look forward to is that of Graham Mertz’s commitment in the class of 2019.

We’ve seen Wisconsin’s expectations for the season drop like a rock. A national championship was within reach before the season started. It was obvious this team wasn’t that good after losing to BYU, but maybe it was just a hiccup and they could still make a run to win the Big Ten. After beating Iowa, it certainly looked like it.

Then came the dismantling at the Big House at the hands of the Michigan Wolverines, followed shortly after by a loss to Northwestern in Jack Coan’s first career start for Wisconsin. With a road game against Penn State looming, all Wisconsin has to show for itself in the last few weeks is home wins over Illinois and Rutgers.

The defense is in shambles. There are injuries everywhere and consistent play is impossible to come by. The seniors on that side of the ball are doing all they can to keep the unit afloat, but it hasn’t been enough. That’s absolutely no fault of theirs.

The offense was supposed to be the strength of this team and that’s where most fingers should be pointing. There’s much more to it though, so let’s get into it.