Attorneys for Quintez Cephus say one of the sex assault charges against the suspended Badgers wide receiver should be dismissed because the statute doesn’t require he had any knowledge of the alleged victim’s non-consent.

That leaves Wisconsin’s third-degree sexual assault statute unconstitutionally vague, the lawyers argue in a motion to dismiss the count, one of two pending against Cephus in Dane County Circuit Court.

The defense expects the question of whether the women consented to be a key issue in the case, and what it means to consent to sex has become the subject of debate and instruction on college campuses.

RELATED: The Sex Talk: The conversation that is not happening about campus sexual assault

In Wisconsin, third-degree sexual assault is defined as sexual intercourse with a victim who did not consent, meaning words or actions indicating a freely given agreement to have sex. But a Court of Appeals decision has held there is no presumption that all sex without such words or actions is necessarily non-consensual.

Nor does failure to say no, or resist sexual contact constitute “consent in fact,” leaving a gray area where Cephus’ defense says his conduct fell as legal.

Cephus’ attorneys, Stephen Meyer and Kathleen Stilling, say the statute is flawed because it doesn’t require a defendant to have any guilty knowledge of non-consent, meaning he could reasonably believe the other person did consent, and still be guilty.

Someone like Cephus, they argue, wouldn’t know that his conduct, which he expects is conforming to the law, is actually crossing a line. That vagueness, and lack of a clear standard, also leads to arbitrary and discriminatory enforcement by police and prosecutors,  the defense argues.

“Wrongdoing must be conscious to be criminal,” the motion reads.

If third-degree sexual assault requires no intent, it would bar Cephus from presenting the mistake-of-fact defense, in violation of his due process rights, according to the motion. Conviction is punishable by up to five years in prison, plus five years of extended supervision.

Earlier, the defense sought to dismiss the count charging second-degree sexual assault. Lawyers disputed whether the woman was too intoxicated to consent, citing video of her appearing to walk normally as she exits Cephus’ apartment.

In addition, they argue the woman sent a text message to Cephus informing him she left her vaping device in his apartment. They contend the text message included heart and kiss emojis.

That motion was filed early in the case and was denied.

The judge is also considering a request by Madison attorney Lester Pines to make a limited appearance in the case on behalf of one of the victims, identified in court records as AB. 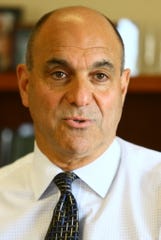 Pines said he wants to be able to present additional facts and argument as the judge considers a defense request — filed under seal — to inspect some of AB’s counseling, health and phone records.

The defense must persuade the judge that materials might include information that would aid the defense, but the judge alone reviews the materials before making a final decision how much, if any, would be turned over to the defense.

Earlier in the case, Pines publicly denied a claim by Cephus’ lawyers in his civil rights case that Pines’ client’s father had engaged in a “racist rant” about Cephus while trying to influence university officials to act faster on his daughter’s complaint.