Looking ahead to the 2019 roster 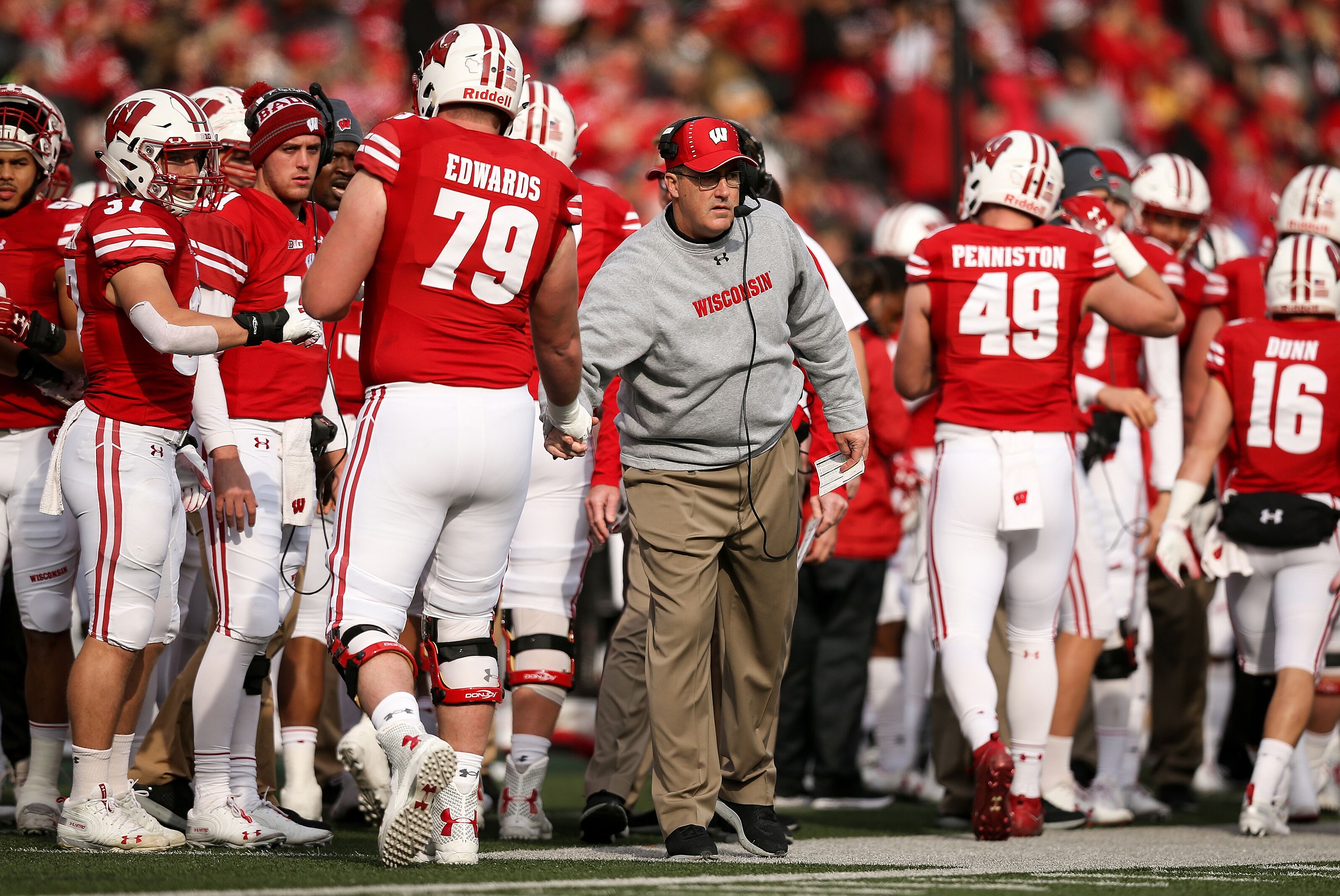 MADISON, WISCONSIN – NOVEMBER 03: Head coach Paul Chryst of the Wisconsin Badgers celebrates with David Edwards #79 after scoring a touchdown in the first quarter against the Rutgers Scarlet Knights at Camp Randall Stadium on November 03, 2018 in Madison, Wisconsin. (Photo by Dylan Buell/Getty Images)

What will be the strengths and weaknesses of the 2019 roster?

The Wisconsin football season isn’t over just yet. There’s still a bowl game to be played. However, it’s not too early to take a preliminary look at next season’s roster and see what kind of impact players will be returning for the Badgers.

More importantly, we can start figuring out what the strengths and weaknesses of the team will be. Coming into the 2018 season we saw where there would be some holes. Most of them were on defense related to the passing game. Injuries were a worry, then they became a reality.

The offense had no questions whatsoever. Boy were fans wrong about that one. The offensive line held up well health wise but the level of play was hit and miss. The quarterback position was a struggle all year long and resulted in the receivers having a poor year.

The positions that answered the call in 2018 were pretty obvious, yet something fans learned to not take for granted throughout the year. Running back and inside linebacker featured some All-American talent and those groups carried this team through the ebbs and flows of the season. Wisconsin will lose those inside linebackers but return the running backs in 2019.

In a season that was as disappointing as any in recent years, fans just want to move on from it. So that’s what we’ll do. In this position by position breakdown, we’ll cover it all. There are a lot of young, budding stars on the roster that should have Wisconsin football fans hopeful for 2019.