Games to watch for Wisconsin football fans during the bye week 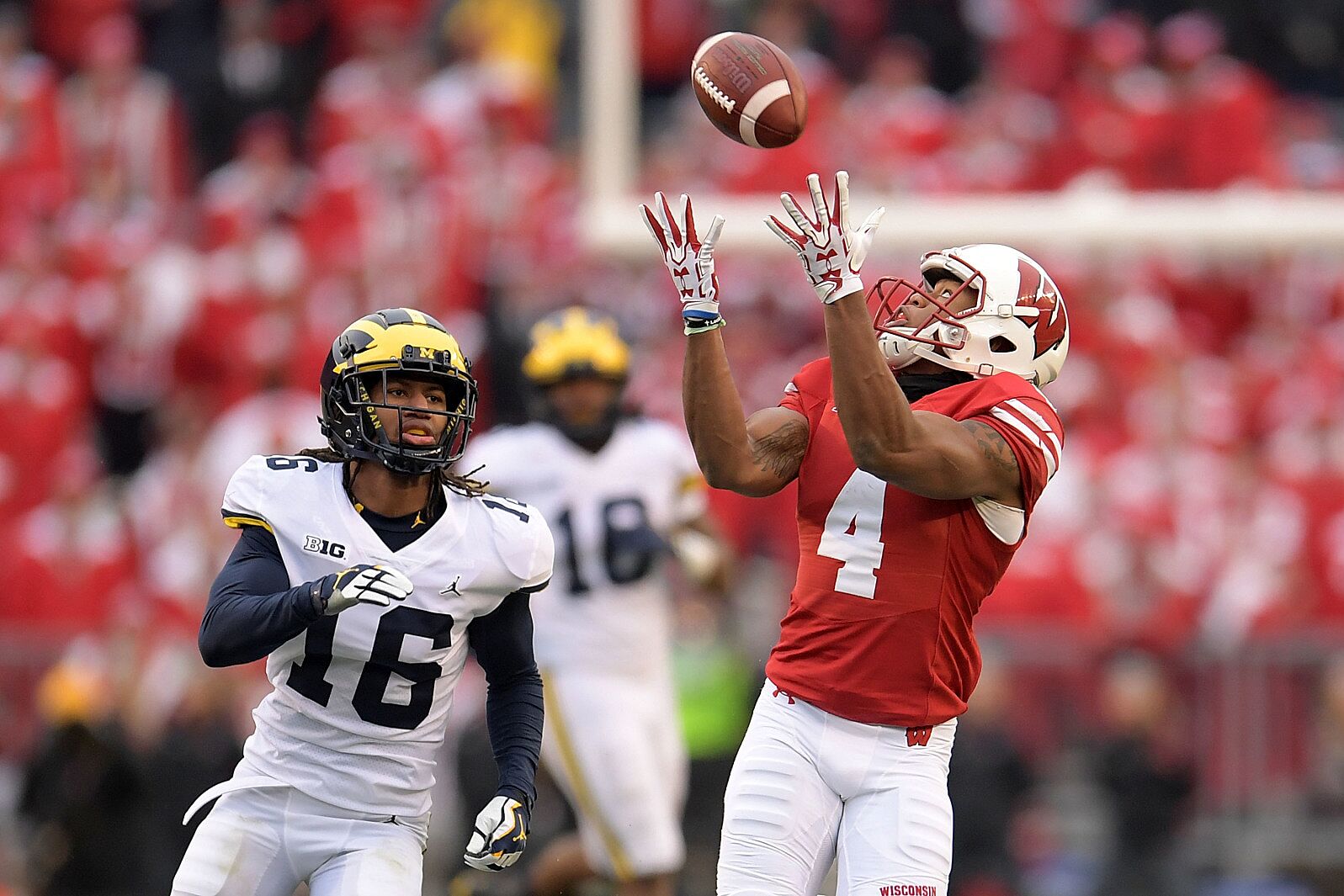 MADISON, WI – NOVEMBER 18: A.J. Taylor #4 of the Wisconsin Badgers catches a pass in front of Jaylen Kelly-Powell #16 of the Michigan Wolverines during the third quarter of a game at Camp Randall Stadium on November 18, 2017 in Madison, Wisconsin. (Photo by Stacy Revere/Getty Images)

Wisconsin football has a bye this week but you shouldn’t take a bye from college football.

It’s been a very up-and-down first four weeks of the season for Wisconsin football fans but they’ll finally get a chance to rest during the bye week. At least rest from the stresses of watching the Badgers.

To a lot of fans, that means a Saturday away from the couch, from tailgating and going to the game, or a day away from their favorite watering hole. For others, this is a weekend to enjoy college football as a sport. There are no time restrictions, no games you have to miss while the Badgers are on, and no, “We have to hurry at the store so we’re back in time for the game!”

This weekend there is a ton of great football on too. Wisconsin has a great bye week. The slate is full of ranked matchups and every other team of note in the Big Ten has a tough game. The weekend is obviously highlighted by the Ohio State vs. Penn State game which ESPN’s College Gameday is rightfully attending. I’ll talk about that game and its implications for the Badgers but there are a lot of other games Badger fans should pay attention to as well.

The Big Ten race is starting to heat up for both the East and West divisions. Every game down the stretch will mix up the standings, determine tiebreakers, and could shift things nationally with the College Football Playoff too.

On top of the great Big Ten matchups, there are a few games that don’t involve Big Ten teams that might be worth tuning in for. They might not be every Badger fan’s cup of tea (or mug of brew?) but they’re sure to be great games nonetheless.

The games are presented chronologically.