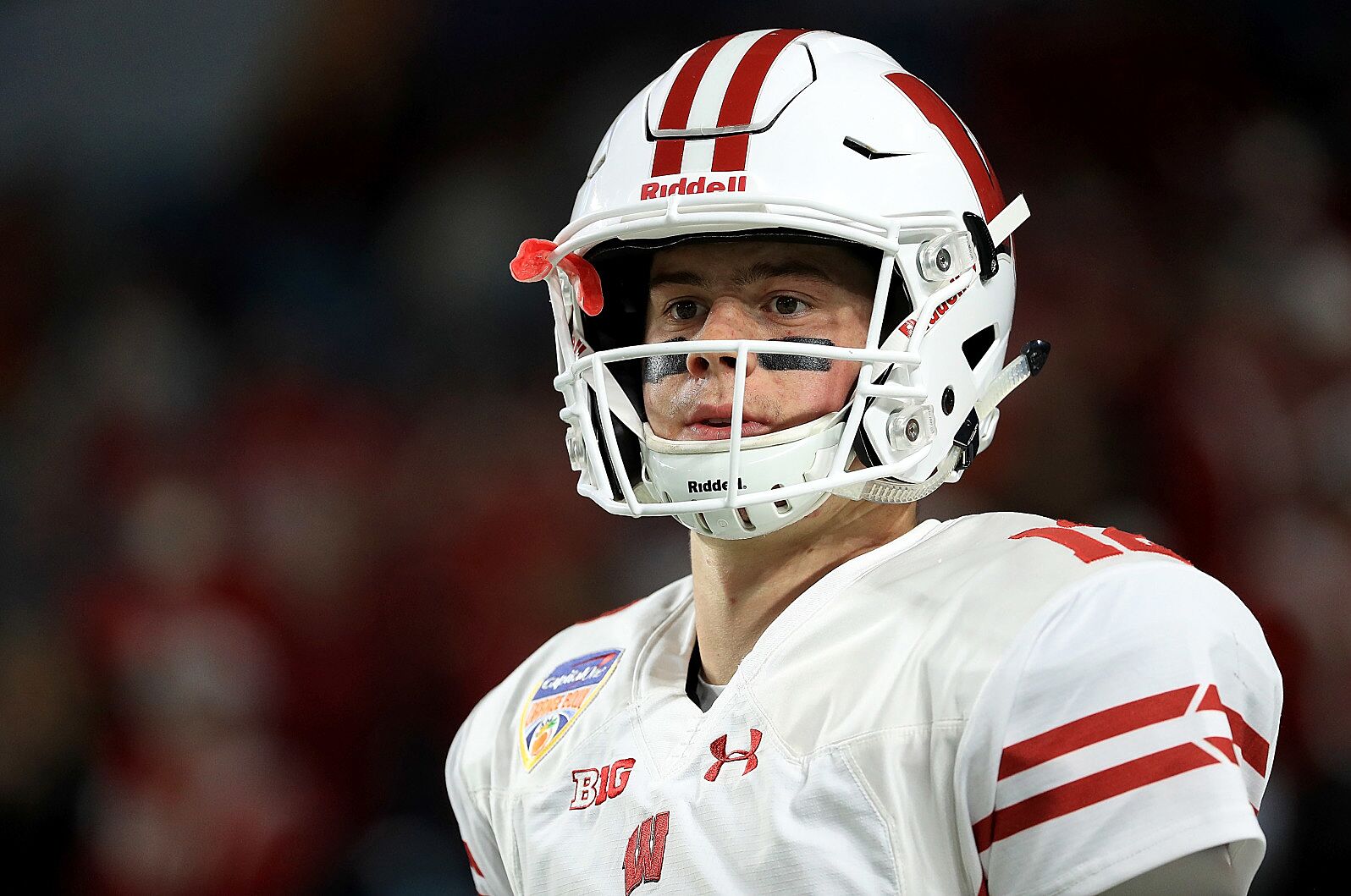 MIAMI GARDENS, FL – DECEMBER 30: Alex Hornibrook #12 of the Wisconsin Badgers warms up during the 2017 Capital One Orange Bowl against the Miami Hurricanes at Hard Rock Stadium on December 30, 2017 in Miami Gardens, Florida. (Photo by Mike Ehrmann/Getty Images)

These Wisconsin football players could use more playing time to turn the fortunes of the season around.

It’s going to take a while before we get over this weekend’s loss to Michigan. The stat of the week was all about how Wisconsin football doesn’t get blown out. Only once in Paul Chryst’s tenure as head coach in Wisconsin have the Badgers lost by double digits, and that was against Alabama in Chryst’s first game.

ESPN’s Chris ‘The Bear’ Fallica mentioned this several times on Twitter, College Gameday, and beyond. He was paying respect to the kind of team Wisconsin is. The style of play the Badgers usually bring to the field doesn’t allow for many blowouts. Only twice since 2011 have the Badgers lost by more than double digits. It just doesn’t happen.

Well, it happened Saturday night. And boy, was it ugly.

With this loss, Wisconsin is now firmly out of the College Football Playoff race, though it still controls its own destiny to the Big Ten Championship game. Wisconsin and Iowa both each have a loss in Big Ten play, but Wisconsin owns the head-to-head win.

Depending on who you ask, there’s still much to play for this season for the Badgers. Reaching whatever end-of-season goals are still out there are going to be tough to achieve given the play we’ve seen so far from this team though.

There needs to be a spark. Maybe this second crushing loss of the season will turn things around for those on the team that are underachieving. But I think there’s a better way to ensure there’s a fire lit under the Badgers’ rear ends.

Here are a handful of players that need to start seeing the field more who could bring new life to the rest of the season for Wisconsin football.