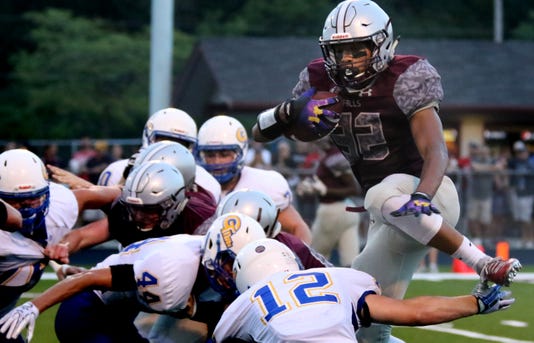 Wednesday marked the beginning of the early signing period for Division I football, the day some top players make their oral commitments to a college binding by signing a national letter of intent.

Here is the list of area athletes who already have signed or planned to do so during the early period, which runs through Friday.

This period is only for Division I football players. There will be many more commitments when the regular signing period begins Feb. 6.

Be sure to check back throughout the day for updates, highlights and interviews. 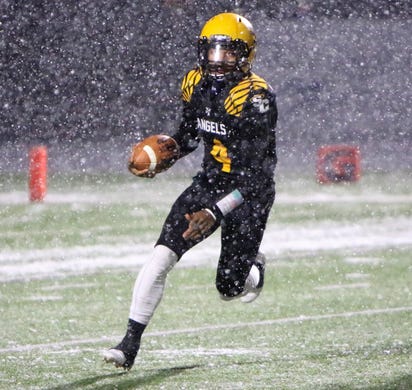 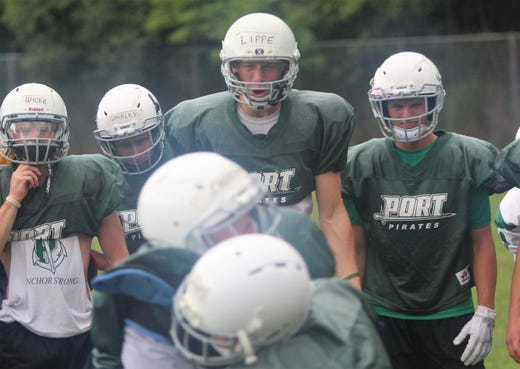 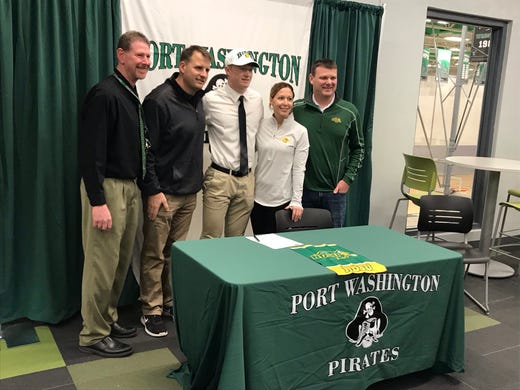 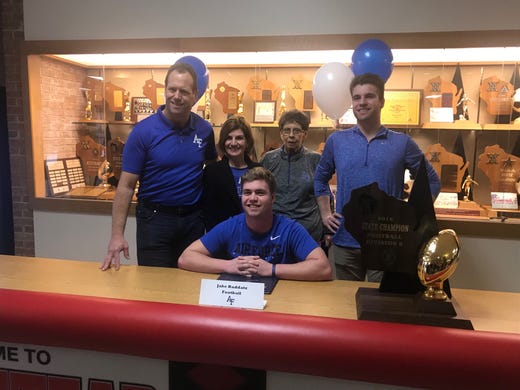 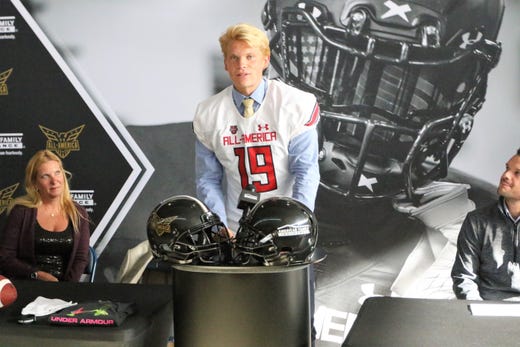 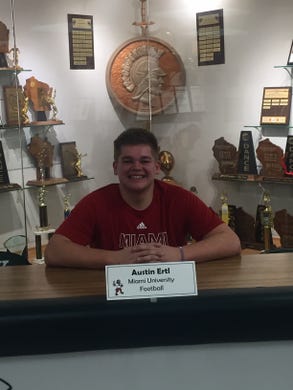 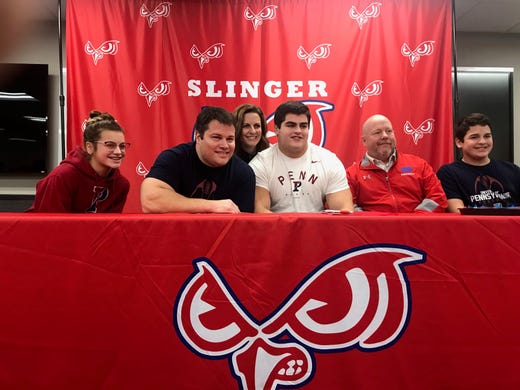 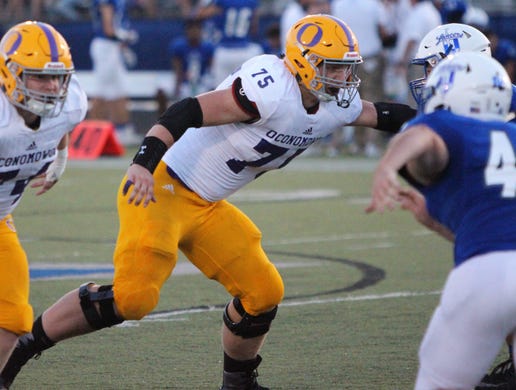 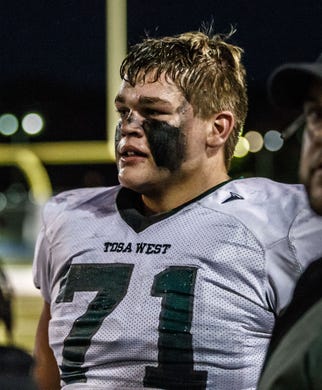 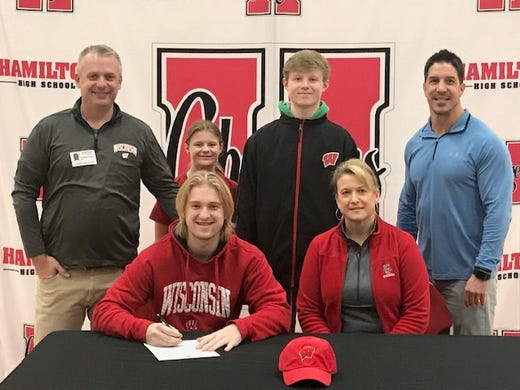 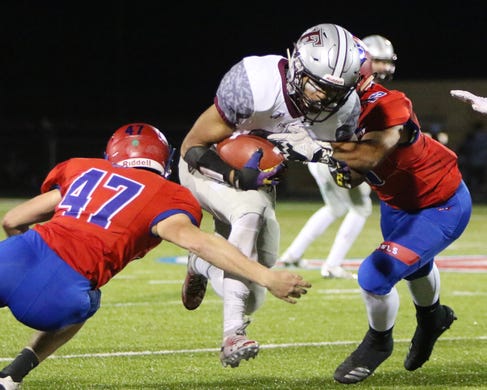 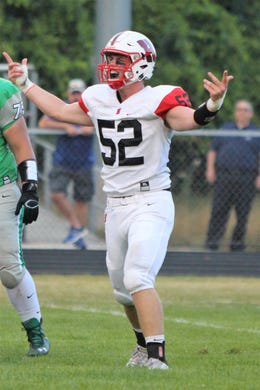 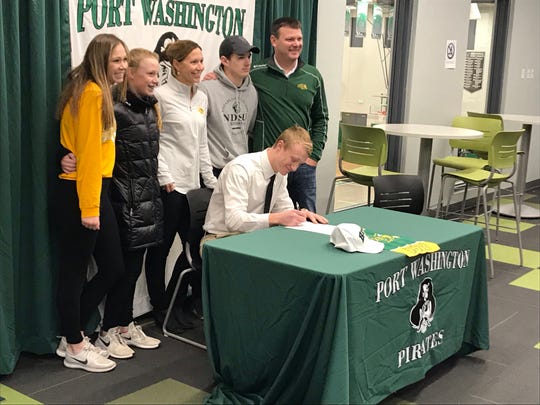 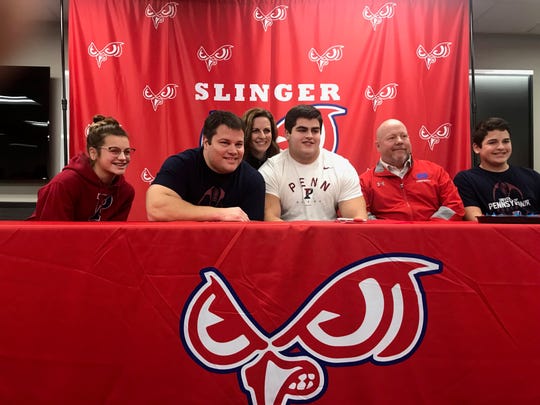 This is a big day for the college programs and many of them don’t hide their excitement. Check out their tweets and the highlight videos that are sometimes attached.

Davis plans to have a signing ceremony at the high school Thursday, but he signed his letter of intent today.

The Badgers also spread the news on Wilcox and Kollath. They each accepted a preferred walk-on opportunity with the program.

Wilcox was a first-team all-state pick as a punter and kicker by the Wisconsin Football Coaches Association and Associated Press.

Welcome to the family, Blake!

Excited to have the specialist from Wales officially join us as a Badger#NSD19 // #OmWisconsinpic.twitter.com/gd0W3ptWBC 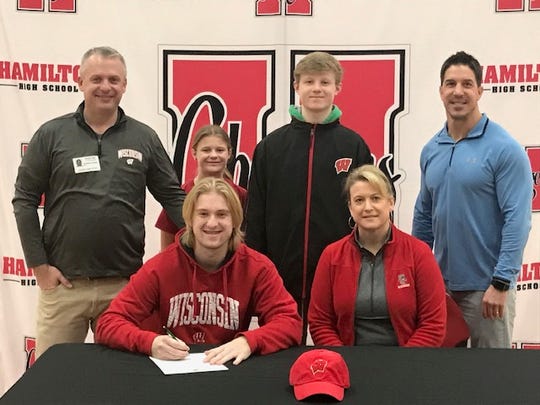 Sussex Hamilton’s Jackson Kollath signed his letter of intent to play at the University of Wisconsin. (Photo: Submitted photo)

Brown also will experience Big Ten football. He signed with the Hoosiers after leading St. Catherine’s to its first state championship. He’s an electric performer who completed 54.5 percent of his passes  (72 of 132) for 1,307 yards, 25 touchdowns and three interceptions. He also ran for 1,505 yards for an average of 11.8 yards per carry and 21 touchdowns.

Ertl was another early riser. The two-time all-state performer signed at 7:30 this morning and Miami wasted no time letting the world know he is officially a Redhawk.

Another large addition to the trenches. Congrats @AustinErtl71pic.twitter.com/1KRUgWij1u

Lippe was one of the area’s top two-way talents this past season. He received all-state mention on both sides of the ball, but he is listed as a receiver for the Bison. He was the North Shore Conference’s offensive player of the year.

Rock wasn’t the only offensive lineman from the Classic 8 to sign early. Engstrand made his commitment to the Huskies official.

Amaya is one of four athletes who are invited walk-ons at Iowa. This marks the second straight year the Hawkeyes have offered preferred walk-on status to an area players. suLast year Kettle Moraine linebacker Mike Timm accepted the invitation.

We see walk-ons excel every year on the field, in the classroom and in the community! Welcome to the family | #Swarm19pic.twitter.com/skXXNZFxVE

Surrounded by his family and coach and in front of a host of teammates, Hoitink signed the papers to join Penn’s program. The all-state performer announced his commitment before the season. Since then Notre Dame and Stanford offered preferred walk-on opportunities.

Hoitink, however, didn’t waver in his commitment to the Quakers. He explained why.

When Raddatz signed his papers for Air Force, he wasn’t signing up for the typical college commitment. He’ll also be required to serve five years in the service after graduation, but that’s fine with him.

Homestead’s Jake Raddatz explains what appeals to him about playing for the Air Force Academy.
Mark Stewart, Milwaukee Journal Sentinel

Read more about the signees

Leif Engstrand’s stock (and size) skyrocketed, and now he hopes to be cornerstone that returns Oconomowoc to the playoffs

Blake Wilcox is making special teams must-see. Yes, a kicker is one of the area’s 16 best players.

Ranked as one of the top kickers and punters in the country, the Lasers senior didn’t even start playing football until last season.
Curt Hogg, Now News Group

Da’Shaun Brown nearly quit football three years ago; now he’s one of the state’s top recruits (and maybe No. 1 overall) 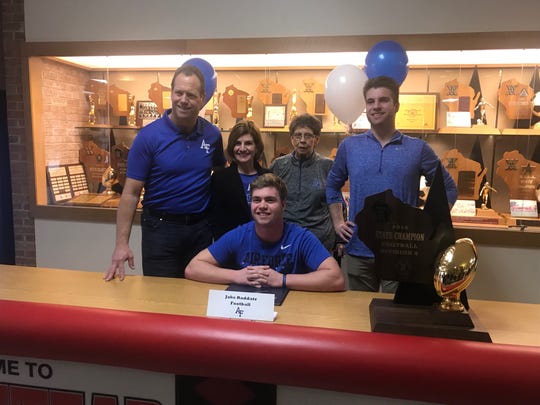 With ‘dream’ offer from Badgers in hand, Jackson Kollath is back and better than ever for Sussex Hamilton