5 things the Badgers want for Christmas in 2018 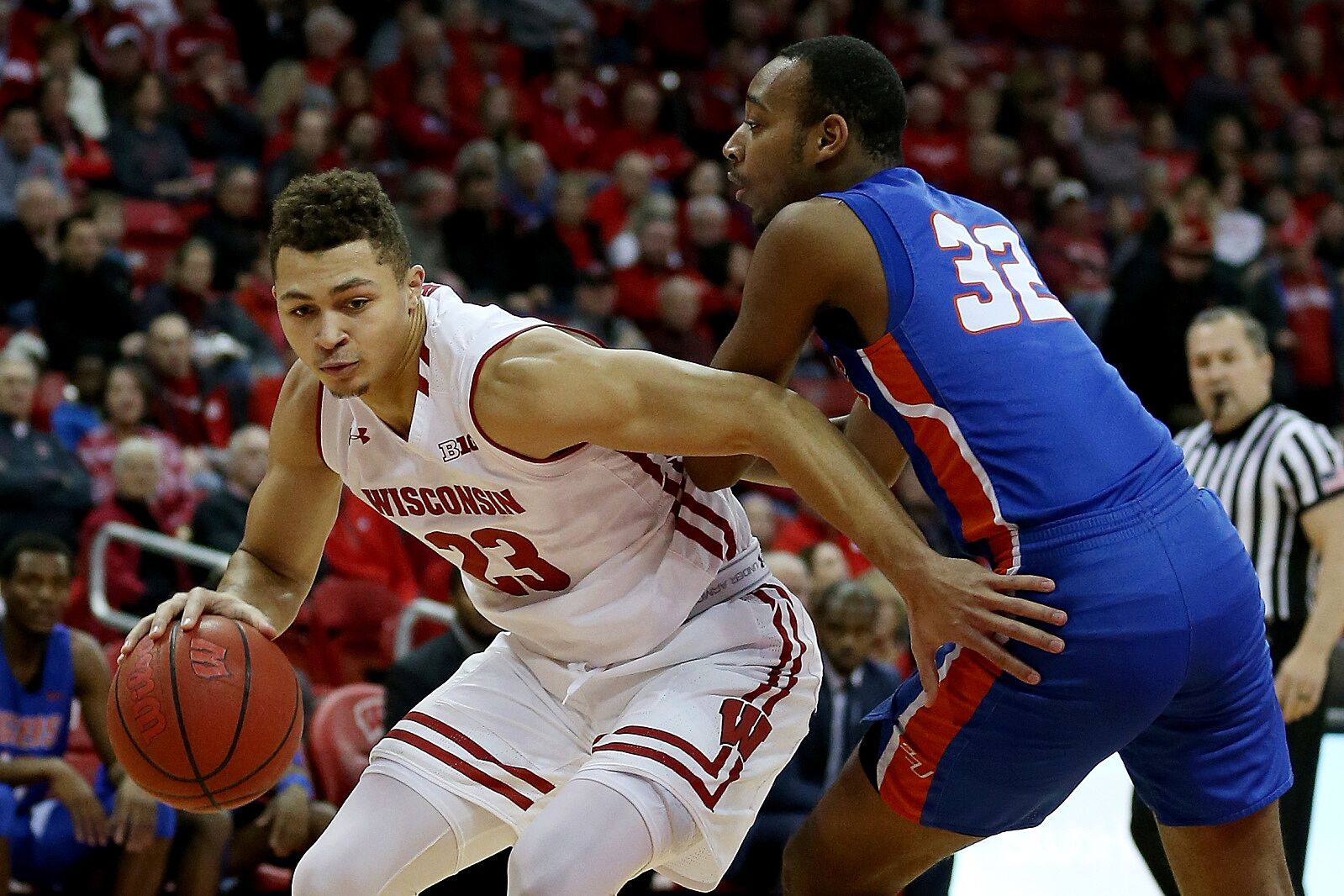 MADISON, WISCONSIN – DECEMBER 13: Kobe King #23 of the Wisconsin Badgers dribbles the ball while being guarded by Chris Dubose #32 of the Savannah State Tigers in the first half at the Kohl Center on December 13, 2018 in Madison, Wisconsin. (Photo by Dylan Buell/Getty Images)

A lot has been going right for Wisconsin Basketball this season, but there are a few things that are on their Christmas list heading back into Big Ten play after the new year.

The start of this season has gone so much better than last for Wisconsin. A month and a half ago, right after the Xavier win on the road, the talk about Badger basketball being back was heating up. The Musketeers haven’t helped, but the wins after that did. This is truly a different team and folks in Wisconsin couldn’t be happier.

The Badgers went down to the Bahamas over Thanksgiving and finished 2-1. Last season they didn’t win a game in their early-season Tournament. This year, the Badgers knocked off two power-conference teams in Stanford and Oklahoma. Their only loss came to Virginia, who once again will more than likely be a top-five team all season.

They hosted North Carolina State in the ACC/Big Ten Challenge and snuck out a victory. With the Musketeers and the Cardinal not doing so well, the Sooners and Wolfpack haven’t lost since playing the Badgers.

Big Ten play opened up again in early December for two games. The Badgers went 1-1 last season with losing to Ohio State and barely getting by Penn State. This year, Wisconsin beat an Iowa team that had already picked up two great wins and escaped Rutgers.

The revenge tour continued when they faced its in-state rival Marquette. That was a thriller in which went in favor of the Golden Eagles. Marquette lost to Indiana and Kansas as they aren’t bad losses. The Eagles then came back to beat Louisville and Kansas who are proving to be good teams this season.

So the losses have been justified and the Badgers came back to rock Savannah State right before finals week.

The biggest improvement this season has been the cast around the All-American Ethan Happ. He started the season with a triple-double. Happ recorded seven straight double-doubles. He failed to against the Big Ten teams but came back and picked up two more including a 34-point performance in overtime against Marquette.

The return of D’Mitrik Trice has been wonderful. He’s shooting over 55 percent from long distance and has made 35. Brad Davison has been playing second fiddle to Trice in the back court but is still having a very solid season. He’s averaging just over one three-pointer per game, 9.4 points per game and is taking a lot of charges.

Nate Reuvers has added weight and continues to stay in the lineup while being a threat from the outside. He still has some improvements, but Aleem Ford has picked up where he left off last season, averaging almost one three per game. They have excellent guard depth with Brevin Pritzl and Kobe King. Khalil Iverson doesn’t hurt anything either.

The Badgers have been ranked ever since the Xavier win and they hope to keep it that way all season. But besides that, what else could Wisconsin fans ask for their team this holiday season?